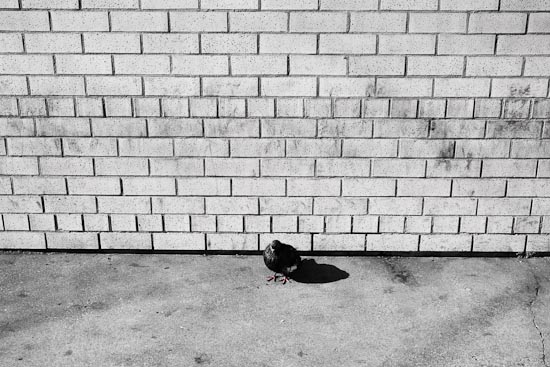 None of the art/photo blogs ever seem to ask the most obvious question: Is there a downside to everybody looking at everybody’s work constantly? Technically, one nice effect for reasonably talented beginners is that you can get to a decent skill level faster by looking at a lot of work; and the web makes this easier than ever. But what happens then? Now, I know that even the most revolutionary new styles often were not conceived by some brooding, tortured genius in a basement; copying ideas and styles has always been a factor (Warhol-Lichtenstein comes to mind, among many others). But the question was: What if *everybody* looks at *everybody’s* work, and be it only for a second or two, *all the time*?

When I look at the photo blogs that – artistic pretense, grandiose platitudes, and predictable insertions of political positioning aside – basically just copy and post the photography that is out there, I cannot help but think that there is something infantilizing about the state of ‘instant everything.’ And I can think of only few escapes from the equalizing pull of the web. After all, there are still those who think that most art on display sucks anyway, and are not influenced by it, even if they keep looking at it as part of their daily visual diet. And yet, I wonder: Did you ever think of not visiting photo blogs for a year or two, just as a little experiment of what will happen? What would you miss? And would you gain something, perhaps even the most precious thing of all: independence?

2 Replies to “Marching Under The Banner Of Freedom”