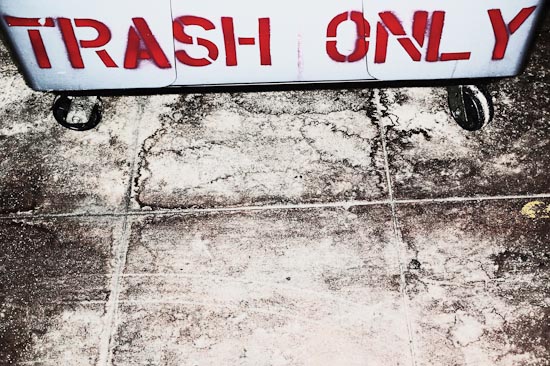 As an architect, I find myself in a field almost free of theory. But many of my dear artist friends love theorizing. This has, in turn, made me think, and come up with a hypothesis: postmodernism has some kind of touristic appeal here in the United States.

Americans don’t really live in a culture of literati who – Gauloise in hand – happily explain everything (imperialism, gender, the world soccer championship) in a series of ‘-isms’. They haven’t grown up reading the 19th century novels where a student in Paris lives in a chambre de bonne, reads Marx and Nietzsche and so on (today, Foucault would have to be added), loses his parent’s money, and drifts aimlessly into nothingness. Most European students face a moment of truth, when they recognize themselves as this cliché, around the age of 21 or so. And then they move on. But US students, fewer of whom seem to have a chance to adopt this mode of life in early youth, perhaps haven’t had enough of a chance to get sick of it. Anyway, that’s my psychological speculation. Some of them seem to be hit – much later – by a longing for the romanticisms of this kind of life. A dose of postmodernism is like a brief trip to Paris. The colors of the Jardin de Luxembourg, the street cafés, the wideness of the boulevards – wouldn’t it be nice to get away from it all and be another person there?

My artist friends would certainly hate the bluntness of it, but I hit on something that is, in its own way, just as refreshing: an ingenious web page that generates a new postmodernist essay on the fly every time you visit it, here.