It’s that time of the year again – photo panels are making their decisions. Some insightful judges I talked to describe a strange phenomenon – more often than not, about one week or so after the vote, they scratch their heads and wonder what they were thinking. Dynamics within photo panels often seem to take very unexpected turns even for those who have a lot of experience in this game, and the end result even from a gifted panel often is boringly “trendy”. This year the trend obviously is about animals, living, dead, or stuffed; next year the current indulgence in hi tech fatigue may be taken a step further, and artists will dismantle their iPhones, eat them, and display the results “elaborately” and “quite humorously” [sic] with “references to surrealism”. Or something like that. One way or the other, there always seems to be a lot of group think involved, both amongst artists and judges. And, naturally, as if being on a panel is like being an actor in a Hollywood movie, afterwards everybody congratulates each other and expresses, at least in public, how “happy everybody is” with the decision. 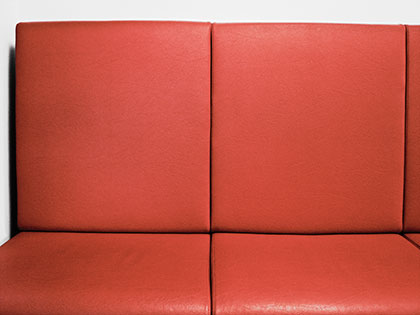 Well, most art people have never been professionally trained in decision making. And why should they – it sounds so un-artsy, doesn’t it? If you read all the usual suspects in the photo blogosphere, you’ll find a lot of “I like”, “I do not like”, “This is how it is” etc.; a prime example was the recent “Chelsea-Gallerina”-debate, about the perceived frostiness of those poor people who have to defend the gallery space against the onslaught of the general public that often is, if you are to believe some Gallery owners who have gone on record about this, just looking for access to a bathroom. Whatever one’s stance is on the matter, it seems to be clear that there are at least, and literally, *two sides to it*. But you will rarely find an entry that balances viewpoints that contradict each other, that even mentions the counter-argument. What you’ll find instead is a lot of posturing about what the respective blogger thinks is a universal truth.

Still wondering why every photo panel always says they are unanimously happy with their decision, the other night I saw an interview with one of the U.S. Supreme Court Justices. Being asked why they often have split decisions, he asked back (and I paraphrase slightly): “What do you expect – we only have to decide on important issues that the best lawyers of the country at the lower courts could not agree on. I would be concerned if our decisions were unanimous! I have seen court decisions that were already written being overturned internally by a well written dissent. The weakest decisions in my career turned out to be those where nobody had dissented.”

To me that seems like a great idea: For the better photography contests, why not have the judges go on record on what their respective stance is? And have written dissents to the majority opinion? That would make the whole thing so much more interesting for both the audience and the contestants – and, I am inclined to believe, the judges as well.