When I first came to Manhattan, I was consumed with Green Values. Values which I had to give up on, since even organic food here is packed in lots of plastic, which means that Europeans have a strong inclination to refrain from buying it, which however also means that they are likely to starve to death. In Europe, the eat-healthy-food-movement is rather closely linked to the reduce-trash-movement. So it struck me as potentially very comic that, in stores that specialize in organic food, everything is wrapped and packed in plastic. However, it strangely is possible to entirely lose the sense that this is illogical, and to become a happy shopper of organic, plastic-wrapped food.

Why is this possible? For the simple reason that, bad as it may sound, I do not want to starve. However, I cannot deny some hesitation when it comes to certain kinds of organic food. It’s a strange aspect of the organic-movement being somewhat newer here than in Europe, that there seems to be something like an experimental stage. I have clear memories of that phase in Europe, when vegetables tasted like wood, but everyone claimed they were great since they were organic. I’ve seen some of this here, but I won’t complain, it’s bound to be a passing phenomenon. 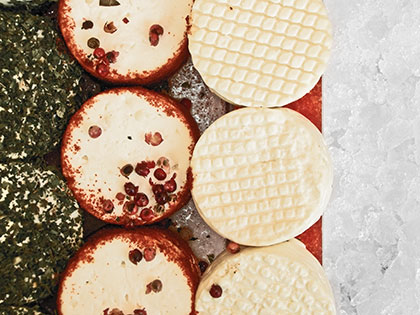 But there’s also a related phenomenon, which to me is a little scarier – people get into self-fabricating food in roughly the same way in which an amateur might build a house, one where every doorframe is crooked, and which potentially is going to collapse. There was something a little too self-made about some of the cheeses I lately bought, and when I talked to the people who made them, I was not sure whether I should congratulate them for venturing into a field totally new to them, and simply making-some-cheese, or whether I should burst into tears, missing the value of traditional recipes, and the sense that whoever makes the cheese makes it in a fashion that’s been fine-tuned in centuries of experience.

But I guess they are like me, coming to this country. They are trying something new. So they are dear to my heart, and I buy their cheese.