A quick note on equipment (this of course is a moving target: several interesting new cameras will come out in February, and many more in the fall of 2008). In recent weeks I’ve tested a pre-production Olympus E3. Much of my work depends on uniform sharpness and minimal distortion across the frame, and the 4/3 system is good for that; that’s one reason why I keep an eye on what Olympus and Panasonic are doing, plus the fact that the the 4/3 system provides comparatively small bodies and lenses––the latter of very high quality. I also bought a Canon 40D on the side, expecting that I would sell it as soon as the Olympus E3 has proven itself, or someone else comes up with a “professional” (high quality, weather seals, good lenses etc.) but *small* camera. 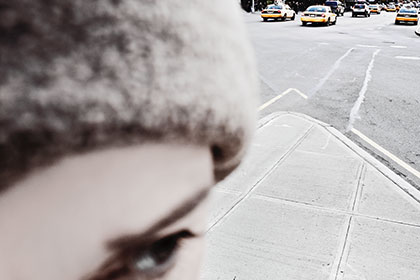 Turns out that I’m not yet giving up on Canon. While the image quality of the E3 is a vast improvement over prior Olympus cameras, the 40D, for my purposes, still has a small edge. First, there is the wider dynamic range of the Canon. Sounds trivial, but in a new camera I’m always looking for features that make me take images that I would not take with another camera. The 40D’s dynamic range, and contrast curve, really come close to working with color negative film, which is what I had been using before digital. Then, the 40d has a pretty reliable metering system (which after owning the Canon 1DS, 20D and 5D is a welcome surprise). For those two reasons alone, the Canon is actually fun to work with. Most importantly, the files from the 40d can take a lot of abuse in post processing, more than the files of any other Canon camera I’ve owned. The new 14 bit raw file format may not just be a marketing gimmick after all (with a lot of careful tweaking the Olympus files come close, but it can be hard work).

Why not Nikon? Their new cameras, especially the D300, seem extremely promising––overall the latest Nikon cameras may well be technically superior to Canon’s current products. But I like the minimalist design and manufacturing approach of Canon. It’s a lot closer to my own thought process. E.g., Canon puts a lot of effort in simplifying their manufacturing and design by reducing parts. In some odd way, this is a very similar approach compared to how I try to make images. Since I lug around a camera more or less the whole time, things like that are important to me. For me, the best thing about the return of Nikon is that Canon cannot afford to be as complacent and arrogant anymore as they had become in recent years.

P.S.: With the Canon 1Ds, the above image would had taken close to an entire day to post process. With the 20D, there would have been some nasty banding in the mid tones, almost impossible to get rid of. The 5D would have done fine. With the 40D, even after some pretty drastic contrast adjustments, everything looks good (even at 20 x 30 inches and beyond), and the post processing was quick and smooth.