What is the difference between things and objects? In one of my other lives, I often find myself being employed as an informal commentator on drafts of philosophy talks/papers/books, and today I feel I have to share a brief excerpt (bear with me for a second before I get to it) with you. This is not some obscure stuff, even though it may seem a little obscure here in the context of this blog: It is the real deal from the ivory tower. If you, like me, look at art blogs a lot, it may make for a refreshing break to read something that one cannot immediately agree or disagree on, or disregard right away as hopelessly fluffy. Whatever part of the brain I have to use for my own work (if any), this seems to come from a very different place. After reading the excerpt five times it actually made sense to me, but in any case I also find it very funny. 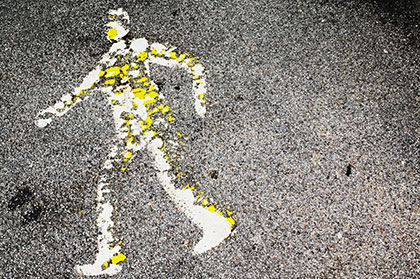 One more note: Admittedly I have allowed myself to develop a tiny bit of an interest in metaphysics. For a philosopher friend said that my photos are of things and objects (metaphysics is the part of philosophy that asks which kinds of things ‘are’ in which ways). Well, then: What is the difference between things and objects? ‘Things’ apparently is a broader category than ‘objects’. Which leads directly to the question of the quote below: What are the things that fall short of being objects, but are not nothings? While the quote is from a talk on ancient philosophy, many members of the prospective audience are working in the field of logic – hence the funny lingo. With friendly permission from the unnamed author, from page 17 of a 28-page talk on Stoic metaphysics:

“[…] What is important is this: Plato thinks that we have to give up the idea that ‘what is not’ really is not in the complete sense in which Parmenides [who claims that the things that don’t exist do not exist to such an extent that they can’t even be talked about] thought it is not. And Plato devises a theory which aims to explain not-being differently. The Stoics, now, seem to accept that there is a problem about not-being: a Parmenidean notion of not-being does not make sense. They, however, have to reconcile this with their first premise regarding ‘bodies’ [not human bodies, but ‘corporeal entities’], namely that only bodies can act and be acted upon. The combination of these two ideas, I think, explains the outlines of the Stoic theory: Only bodies are beings. But if we do not want all other things to be not-beings in the sense of nothing, we need a higher genus than ‘being’. ‘Something’ seems a very helpful candidate, since part of what is at issue is that one can refer to things which are not. Accordingly, we need a weaker term than ‘being’ which still expresses some kind of existence. For this, the Stoics coin the rather artificial ‘subsisting’. Incorporeals are somethings, not beings; they do not exist, they subsist. Finally, there is one kind of thing which is still not captured, namely concepts, for which the Stoics want to deny that they are in any way particulars. Somethings are things to which we can refer, and they are particulars. Half of this is true for concepts—we can refer to them. Thus, we call them quasi-somethings. The Stoics’ various ontological categories—somethings, beings, subsisting things, quasi-somethings—can be viewed as an attempt at creating a range of ways in which things can ‘not be’, without being nothing at all. Stoic ontology can, if explained in this way, be seen as a response to Plato’s Sophist: it aims to devise several ways of falling short from being, which at the same time do not amount to complete not-being. Incorporeal somethings are not, but they subsist; concepts are merely quasi-somethings, but even that is more than being nothing at all […].”