One thing I like about remote places in Italy (I am far south right now, in a small place near Napoli), is a certain presence of the 1950ies. Some ‘bars’, as the standard Italian café is called, are pretty much unchanged. No pedantic ‘authenticity’, no. There’s no intention to ‘be retro’, to imitate a certain style of the past. Rather, there is a cool mix of 1950ies furniture that was, at the time, picked with the intuitive sense of style that so many Italians seem to be born with. The 1950ies, in these bars, look like a colorful plastic version of classic modern design. And thus, everything is justly kept in place: it really still looks great! And in a way, much more fun than the brainy, real version of modernity. (I particularly like plastic items in pistachio green, and here, in the south, the kind of blue that looks like the sea.) 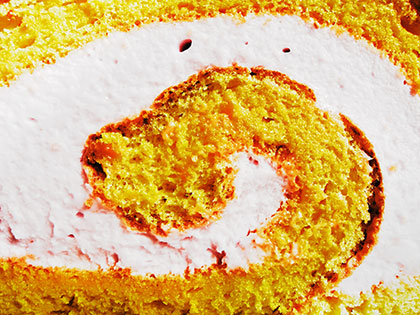 In one of these bars, I encountered the kind of torta di fragole that, in New York, I wouldn’t touch. In New York, I would be annoyed. Who wants to eat Italian food from the 1950ies, I would think. No one! With all the cream, the meatballs, the general heaviness. But here, in my little bar in the south, I found it in me to enjoy a frightfully old-fashioned 1950ies cake. The kind of strawberry cake that our aunts would make in the 1950ies, with a huge amount of cream.

And now I worry. Am I being too harsh on Italian cuisine in Manhattan? I had better admit it. I am dying to be back.