Stephen Mayes, World Press Photo Secretary for six years, gave a widely noted keynote address at this year’s event in Amsterdam. Refreshing and fact driven, I think the address is relevant outside the field of photojournalism, as are his concerns that much of today’s photography emphasizes the romantic over the real, the copied view over the personal vision. If you have the time, I recommend to listen to the audio record of the whole thing, here. Excerpts from his original script, including three out of many photos Stephen took behind the scenes during his tenure, below. JH

[…] I wonder if World Press Photo is peeling away from reflecting the media as it is, and is rather reflecting the media the way we wish it were. Of the 376 images awarded prizes this year, I would be curious to know how many have been published in a paid-for context. Maybe all of them. Maybe. But the overall impression that I’m left with from the 470,214 images that I have seen entered into the contest in the current decade, is that they reflect a form of photojournalism that is now more romantic than functional. 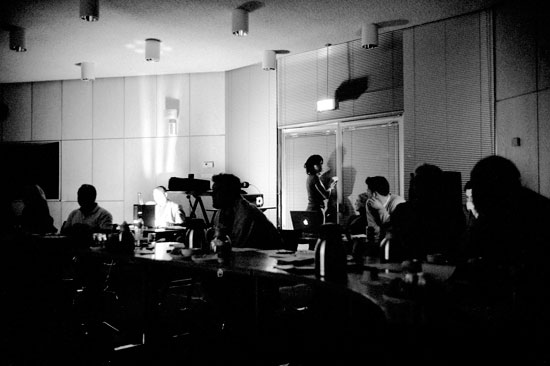 […] The overwhelming impression from the vast volume of images is that photojournalism (as a format for interpreting the world) is trying to be relevant by copying itself rather than by observing the world. Nowhere is this more obvious than at World Press Photo where every year the winners stimulate a slew of copyists (in style and content). It’s easy to understand why when we consider that the last twenty years has seen an explosion in the numbers of professional photojournalists and a collapse of the traditional markets. As more photographers compete for less page space, a lot of work ends up in competitions as the only outlet – and as the largest, World Press Photo gets more than its fair share.

Every year, the jury is astonished by the repetition of subjects and the lack of variety in the coverage. From the infinity of human experience the list of subjects covered by the entrants would fill a single page, and (excluding sports as a specialist area) could be reduced even to three lines:

– The disposed and the powerless
– The exotic
– Anywhere but home (the American election would be one of the exceptions to this rule….) 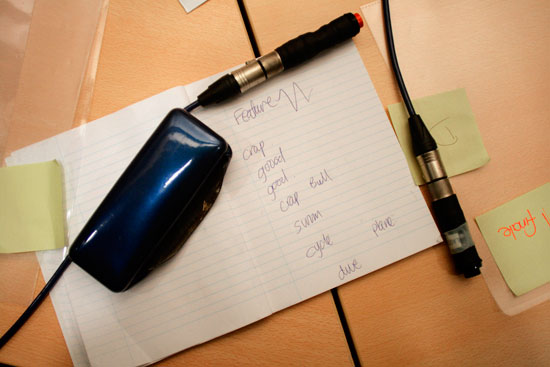 This is the general view, the blurred impression of 470,214 images and of course there are many exceptions. But meanwhile hospitals and the sick (and especially mental hospitals), the afflicted, the poor, the injured are photographed way in excess of their actual numbers. And I have a feeling that there are as many photographers as drug users in the Kabul’s Russian House. As one juror said this year, “90% of the pictures are about 10% of the world.”

[…] What is journalism if it doesn’t inform but merely repeats and affirms what we already know?

– Part client-driven, which is the mirror on the media
– Part a phenomenon of the competition: pictures made for prizes

Interestingly, violence, which is perceived as the cornerstone of World Press Photo is not as heavily represented as people imagine: of the 376 award-winning images in 2009 only 25% [depict] violence/duress, and only 7% actual injury, blood and death.

Maybe the structure of the competition contributes a little to this process. As a category definition “Daily Life” implies a 20th century way of seeing that has been supplanted by “Lifestyle” in the 21st century. The connotations of this vocabulary are subtle but important: in general “Lifestyle” is considered to belong to people like us, and “Daily Life” is considered to belong to other people. But this in no way accounts for the dearth of imagination in how we as a profession represent the world. 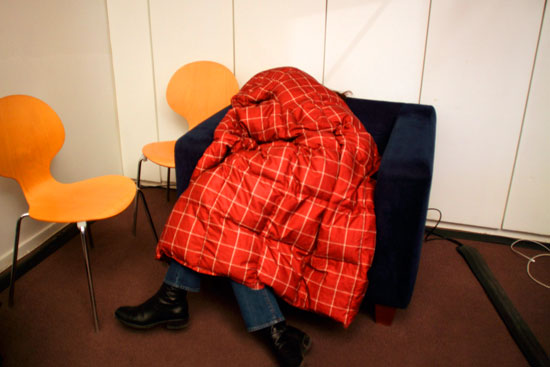 [It is] important to take innovative risk as well as physical risk. Capa’s famous dictum that “if your pictures aren’t good enough, you’re not close enough” could be applied in this new context to describe an emotional closeness to ones subjects. By that I do not mean a sentimental display of warmth, but at least a real interest in the subject. The adherence to formulaic representation suggests a lack of connection with what’s truly meaningful to oneself and the impression is that many photojournalists photograph what they think they ought to photograph rather than what actually intrigues them.

[“Romantic, as in] heroic, adventurous, remote, mysterious or idealized” defines photojournalism as represented by the vast majority of the entries. Where is the intimate, the personal and the real?