In his paper “From Memory To Experience: The Smartphone, A Digital Bridge,” Stephen Mayes makes intriguing remarks about how smartphones not only change the profession of photojournalism (Stephen is Managing Director at VII Photo and was Secretary to the International Jury at World Press Photo Foundation for nine years). He also describes how camera phones change the way non-professionals interact with the world. The smartphone image, Stephen suggests, escapes the burden of being a document of memory. And yet, layer upon layer — of momentary smart-phonic imagery, experiences captured though not recorded in archival spirit — the stream of images creates a story. When I asked Stephen to provide me with a photo to go along with his text, he described himself to me as “a believer, not a practitioner.” As a practitioner but not a believer, I found that interesting. And I couldn’t help but think of a metaphor that Homer uses in the Iliad: “Like the generation of leaves, such is that of men…” See excerpts from Stephen’s paper below, followed by the full text. He presented it to the Toronto Photography Seminar in September 2012, and The British Journal of Photography published an edited version in their October 2012 edition. Stephen will moderate a panel discussion about Smartphone photography at the VII Gallery NY on October 18th. Many thanks to Ron Haviv and Ed Kashi from VII for sharing (smartphone)photos of the believer himself. JH

[…] The Smartphone image is escaping the burden of being a document of memory. As a streaming phenomenon it’s not designed to be indexed and stored as evidence for future reference; once consumed it’s rapidly washed over and replaced by the next fragment, each contributing to the viewer’s current understanding of the world. The Smartphone image is no longer about creating memory as much as it’s about shaping experience, each component adding to the understanding of the next but not existing as discrete packaged moments of (past) time.

[…] While writing this paper I spent a week in Scotland with my sister in law and to my surprise she’s become a prolific photographer. In thirty years I’ve never seen her make a picture, but suddenly she’s seeing the world through the lens of her iPhone. She is approaching every situation through her phone, using it as the entry point to each experience, thinking about where she is as a close-up or a landscape, as a colour or as a as moment. Some images she shared with her absent friends and daughter, some she made purposefully for a forthcoming PowerPoint presentation and some she filed just because was pleased with the result. I asked her why and she explained that for the first time in her life she had a tool that gave her permission to express herself without needing to be an expert. Holding a camera makes her self-conscious and nervous but holding the iPhone makes her free; if there was an equivalent musical tool maybe she would use it but the Smartphone wins because it’s all about the experience, the image and the sharing.

[…] Six billion mobile subscribers are transforming the meaning of the photographic image whether professionals choose to participate or not. The Smartphone is not just another camera; it’s changing our understanding of what a camera does and is contributing to a redefinition of our social structures.

Starting Sept. 7, 2011, Aperture Foundation hosts a series of discussions and and an exhibition under the header “What matters now – proposals for the new front page.” More information on the event here and here. Stephen Mayes is one of six experienced individuals leading the conversations. The goal is to formulate a vision of journalism in the 21st Century. This from Stephen’s introduction:

Technology is an integral part of human communication and each new technology changes not only how we communicate, but also what we communicate. Consider the evolution of photography. It started with the studied perspective of the plate camera, and evolved into the up-close “point of view” of 35mm; now it’s evolving into the immediacy of the cell phone, which is so much about sharing experience rather than documenting for record. Each format changes the story that is told. And the biggest shift of all is the move from analog to digital with all the associated implications for the creation, dissemination and interpretation of visual information.

None of us knows the consequences of the media revolution that we’re living through, but to my mind it will be as big as the introduction of the printing press. The printing press did so much more than create an efficient means of disseminating information; it fundamentally changed people’s relationship with information. Consider what print and literacy did for society, manufacturing, art, journalism, politics and everything… With this in mind, I’m captioning my contribution to the discussion as “GUTENBERG 2.0”.

The current media revolution isn’t about reformatting what we used to do, nor about imagining new subjects to cover or new styles of coverage. That will follow as we re-shape our relationship with the information that’s swirling around us. What is the purpose of the information that we generate, what are our reasons for seeking information and what are the consequences, intended or otherwise, of that information existing? We should even ask, what is “information”? We used to think of journalism as being about factual reporting; but we’re increasingly familiar with opinion and advocacy presented as journalism and we’re starting to see glimmers of new dimensions to information and its role in building communities, the manipulation of behavior and the erosion of political structures defined by geography. What is a border when information moves people to action across multiple territories in North Africa and drives capital beyond the control of nations?

Talking about “the new front page” forces us to confront all these issues. The “front page”, whether literal or metaphorical, is about filtering information and managing understanding. The front page is society’s largest water-cooler, a place for people to gather to share the issues of the day; it used to be localized in the town square, then it was disseminated by print and now it’s online, which takes the discussion beyond geography and even beyond the time constraints of daily publication.

I often hear people talking about the second half of the 20th Century as the Golden Age of journalism. But to my mind it was only the Bronze Age: primitive and crude, limited by the clumsy tools that restricted our thinking about what might be possible. We live at an extraordinary moment when everything can be reinvented.

“What matters now” is one small step forward in this process. We will be reviewing the tools at our disposal, imagining what we can do with these tools, how they might be re-shaped and of course the new economy that will emerge. It’s one small step. And yet a giant leap. 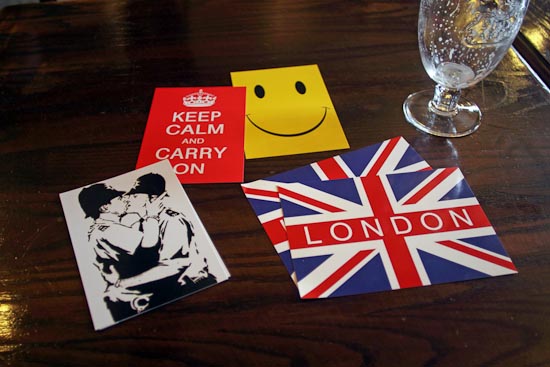 Notes from somewhere: old-school messaging may not be instant but it has a special value. It says “I’m thinking of you because I care” rather than “I need your attention to validate my existence.”