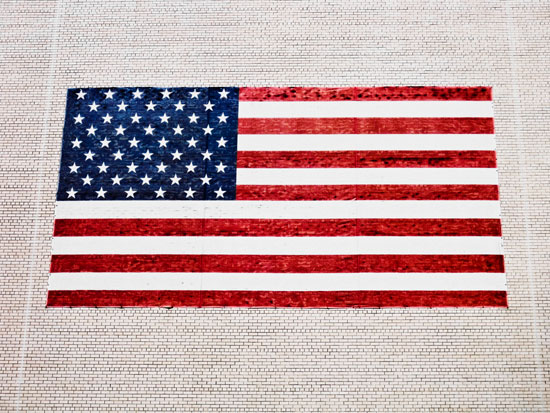 I took this image earlier this week because I found that the brick wall and the huge flag create an interesting effect as to scale. The scene (in Midtown, near 42nd Street) also reminded me of the Moscow flair of Berlin’s Karl Marx Allee. Given the current outrage of many Americans, that the credit crisis is now supposed to be solved through state ownership of struggling corporations that are “too big to [let them] fail,” I like the irony here.