Martin Parr was certainly one of the few photographers that brought me to this medium. He actually had something to say, something about the world as it is today. Well, by now I’ve became interested in different subjects, and I am not interested in photographers as role models anymore. But when I ran around Berlin in the late 1990ies, with my old Canon and a ring flash, it seemed impossible to be anything but some kind of visual cynic. 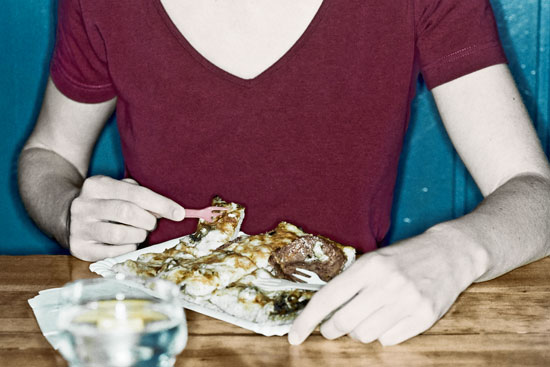 And as it turns out, what Parr had to say in the 80ies and 90ies has become true faster than anyone thought. The world, I think, has been replaced by a photographed world, photographed via the lenses of the digital cameras of tourists. Are there still people, trees, buildings? Is it still possible to take a walk through Central Part and believe that one has taken a walk without it being documented on one’s cell-phone or digicam in the form of an image? Is it still possible to actually live in the world, rather than depict it?

Martin Parr’s prophecies seem all too real. At this point, our lives apparently consist of photographed moments. “Me at the Eiffel Tower.” “Me in Central Park.” “Me at the supermarket.” How much worse can it get? Was Nietzsche still an optimist?