Jens is right, I am supposed to be writing about food—about culinary survival in New York!—not complain about life in Manhattan, or even worse, life in general. But what can I do, I am still in my Dante mood.

Here’s a dilemma for people like me, people who spend half of the year in Europe and the other in New York, and consider themselves ‘creatives’. Scientists have found (presumably) that moving twice is the cardiac equivalent of a divorce. Suppose that your yearly back-and-forth is not quite like moving, it’s a little less stressful, but really only a little less. So let’s guess that four such moves (equals two years) are the cardiac equivalent of a divorce, and let’s suppose that one can only take so many divorces without being utterly exhausted. All in all, this means that the oh so trendy life style between two continents speeds up things quite badly. And that, while it is part of the game to consider yourself ‘young’, you might already have gone more than half of your life’s way (that’s where Dante comes in). 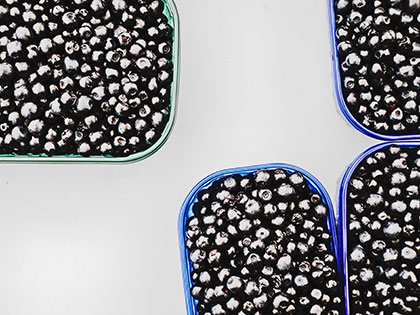 But if you do not want to take this mid-point of your life as an occasion for serious soul-searching (such as: exploring hell), perhaps it indeed is time to turn back to the pleasures of eating. Let’s not forget that blueberries have an enormous amount of vitamins and other things that are terribly good for you. Didn’t I do much blueberry picking this summer? And didn’t I eat lots of it? Admittedly, some of it was enjoyed in the not-quite-so-healthy form of blueberry crepes, a kind of crepes which needs much sugar, for the blueberries have all this (healthy) acid. But then there’s consolation in the thought that things can be good for you two ways: for your body or your soul. And isn’t the latter much more important?