This year, the end of my European summer hit hard. Not just because tomatoes and fish in Manhattan don’t taste quite like they do on my favorite island near Napoli, Procida. That’s to be expected, and perhaps it’s even mildly reassuring that things haven’t changed too much in my absence. These days, I think with nostalgia of the times when my worst worry was whether the figs and peaches were perfect. Returning to Manhattan, this year, was like falling into Dante’s hell. To some level of hell were people have self-inflicted ailments, ailments which are reflections of their sins. So what’s my sin? Pointless attraction to Manhattan, which is bound to kill me. 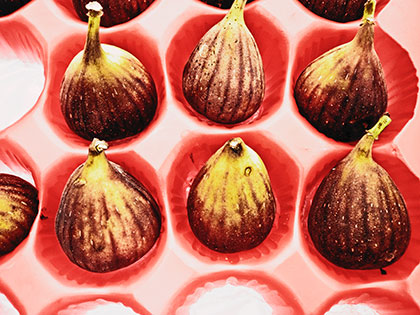 I came back during some of the hottest days, which I shouldn’t have done, but there is this unfortunate element of my life called work. It took me two or three days, then I had multiple minor illnesses, which make me lie awake at night and picture sinners with gaping black and yellow wounds. I have never had a serious existentialist phase in my life, but now there is a big WHY hanging over my head.

[Edit: Mara’s series runs under the title “Culinary Survival In New York” for a reason. But enough whining now. She’s tough, she’ll get back on track and rejoin the Manhattan rat race in no time, I promise. JH]