This past week started sort of on a high note. Of all people, Alec Soth put to use the classic and still refreshing formula: “If X one more time, then P” – more specifically, “If I hear one more student talking about their Yale application I’m going to puke.” Eureka! Well, I am not going to write yet another review of “Passing Through Eden” here, the book by Yale photography teacher Tod Papageorge that Soth spent a week writing about on his blog. Photographers don’t seem like the best reviewers of photography to me – how could they not see other people’s work in relation to their own stuff, their own aspirations? Let me just say that I am stunned that “Passing Through Eden”, a book of photos taken of passerbies in Central Park in late 20th century, stylistically passé and conceptually perhaps a little light-brained, gets such a rave reception, when the same stuff has been done long before, and better. 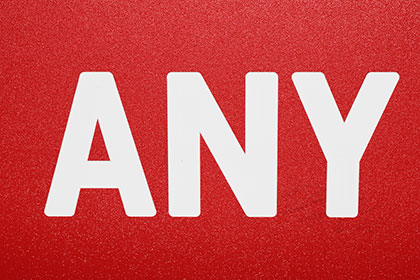 But here’s the thing that I think goes beyond a simple “we all know how it is with opinions”. As someone who spends ample time in Central Park, it amazes me that no one who discusses Papageorge’s grab shots comes up with this simple concern: Turning people who just want to hang out in a public park *privately* into mere objects is what I’d call a very annoying, postmodern version of panhandling. Whenever I walk in the park myself, or on Coney Island for that matter, there always seems to lurk around some Robert Frank wannabe, sticking his stupid camera in my face (and in my case that is somewhat ironic, since I’m usually carrying a camera myself). I’ve asked some friends of mine who live near the park themselves, and particularly women, let alone parents, seem to find this phenomenon even more obnoxious.

Legally (after all we all live under the same law, even artists) this kind of photography is highly problematic, and it does not seem unlikely to me that at some point an art gallery photo will require a signed model release just like any other commercially used photo. Ethically I just find it repulsive. I know that some photographers at least have the decency to ask before they take a picture (apparently not Papageorge). But even then: How much is such consent worth if it is given by someone living in a ghetto, quite possibly under the influence, and very likely having no clue what her consent actually means? That the photo of her may make it into some gallery, on the web, and so forth? Who, other than those of us moving in the photo-scene and knowing all the various outlets for seemingly innocent snap-shots, could actually give what would properly count as *informed* consent?

I cannot believe that this issue is dealt with so leisurely by many contemporary “street photographers” – who are just begging, if anything, for a backlash. Of course this is a complex issue. In spite of my own background in law, I do not see this issue merely from a legal perspective. I too would deplore the loss to “street photography” if things really changed – if there were properly formulated standards of what counts as informed consent (and what as exploitation). But at the current state of things I would console myself with the thought that times change, and that, since thankfully a lot of great snap-shot street photography has been done in the past, perhaps today, where everybody has access to a world wide publishing platform and where still and video cameras seem to come with every single person walking in a park, we should pay more attention to the privacy rights of those being photographed.