Did I mention my therapist? I think not. She’s sort of expensive, hence I cannot see her that often. But it’s definitely worth it. She is this rare, extremely elegant, but non-flashy Upper East Side type that you can’t seem to find that often anymore, now that most Upper East Side women have lost any female attributes, with their screeching voices and that horrible mix of Moschino and Ralph Lauren draped around their tanned, X-ray bodies. There’s rumor that she comes from an Austrian-Hungarian family that left Vienna in the early 1920ies. She’s a Yale graduate and sometimes wears caramel-colored, thick-rimmed glasses. I’m not sure if she really needs them though, her eyesight seems to be perfectly fine without them. Her voice is dark and soothing, with an ironic touch, and despite the fact that she knows her profession inside out (there seem to be Senators amongst her clientele, and one famous art critic), she also has this fragile aura about her. 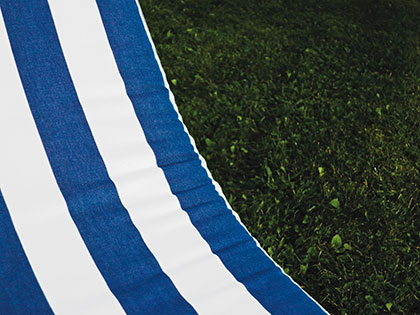 Since I travel all the time, much of our communication has to be done by e-mail. Here is what I wrote to her yesterday, with her response below. She actually encouraged me to start this blog (and now, several months later, she says she has already drawn quite a bit of material regarding my state of mind from it) and has agreed that, if I’m not going to use her real name, I can publish excerpts of what we’re dealing with – particularly the photography related issues:

this morning I woke up from the following dream: I was one out of 12 judges on a photography panel. The photos, mostly black and white, were all taken in Lebanon by a group of international photographers. Interestingly we, the judges, had to be there while the photos were being shot. And our tasks were not limited to the jury duties. For example, we had to get up early in the day and clean up various sites of a battle that was going on, and collect ammunition, shells, empty cartridges. I distinctly remember that we had to sift through the ruins of what seemed to be an old fortress, on a sunny hill right next to the coastline, while Turkish battleships were firing at us, and one of the guards got mad at me because I overlooked a tiny, empty cartridge in the dirt.

There were 12 photographers to be judged. One of them, strictly speaking, was not an individual but a group of (yet again) 12 people, all of them ‘amateurs’; in fact they seemed to be referred to as the “Flickr-Group”. In the evening, after the judging for the day was done, I met with another judge in an empty bar. He ordered coffee and “Quadratini” (a kind of cookie from Southern Tyrol). I sat on a sofa with the other judge and he enjoyed his Quadratini. Of the twelve competitors, I had the Flickr-Group come out on top.

What is this about?

we’ll have to talk about this when speak next in person. I keep finding your dreams remarkably realistic, and if I hadn’t heard you tell me similar dreams before, I would wonder whether you are making this up. But I know you don’t, so don’t worry.

Let me just say a couple of things. First, I like the fact that you see yourself, ultimately, as a peaceful person – someone who is on the side of picking up the weapons rather than using them, and who prefers a cookie to a fight. But second, and on a more serious note, I think you should try and see life in a somewhat more positive light. I know that you are deeply concerned about all the terrible things that happen around the world, and that you are trying to use your art to show a different, a beautiful side of things. I also know that you worry about the role of the artist in this kind of world, about the ways in which the artist and the critic alike exploit the experiences of other people. But it’s not your job to take care of all the damage that is done! And even more basically: *Your work* is not a battlefield!

A final note on the group of 12 photographers you mention. I am not sure that I know well enough what Flickr is, even though I remember that you mentioned the name. I actually think it is a nice aspect of your dream that you love the amateur. If you are willing to take my advice, I think you should try and focus on that idea: That good things can come from unexpected places!

Let’s talk more when you are back, and I hope you are finding the peace of mind that you need for a productive summer.