When starting this food-series for Jens’ blog, I promised advice for the newly arrived, those who find themselves in New York, painfully aware that there is nothing to eat they like, knowing that one shouldn’t openly say this. But I also promised my most sacred tips for culinary delight in Europe. If you are not among the unlucky ones with regular jobs (is it even possible to leave Europe under such dire conditions?), you are sure to plan your various trips for the next couple of months right now. So this is the moment to impart one of my best-kept secrets.

Rather conveniently in the middle of various attractive places (such as Italy, the alps, Switzerland, etc.) lies Salzburg. Perhaps the Festspiele are too much for you, too much Salzburg, as it were. The exact right amount of Salzburg is provided, I think, by a tasty little piece of cake from one of the tiniest cafés and confiseries in town—outside the tourist’s well-trodden path, but just by a few steps, on the other side of the river, and thus easily in reach: Café Ratzka. 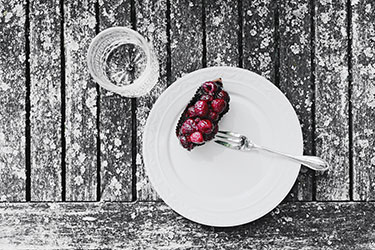 The confiserie, run by a family, refuses to enlarge the business, which caters to Salzburg’s oldest families (and, make no mistake, this means real money, and standards about as high as the most absurd aristocratic pretensions can induce). They refuse to enlarge it because all fruit for their tartes must come from the family *garden*, in order to be just as outstandingly delicious as it could possibly be.

Coming up: The Best Fish Restaurant In The World