My Risotto ai Funghi was a warm-up dish. Encouraged by the lovely groceries here, I decided to cook some game. I asked the butcher in the village whether she has any, and this is what she came up with: bistecca di cervo, of such nice quality that I almost want to call it a filetto di cervo. She also sold us a jar with delicious Scandinavian cranberries. The more sour-sweet side dishes the better, I thought. So in addition to the berries I wanted apples for apple sauce. The lady who runs the flower-and-fruit stall right next to the butcher sells farmers apples that looks rather different from anything I’ve seen in a while. Smallish, fragrant smell, greenish-red, called Topaz. I bought some, together with tiny potatoes, and started my dish by peeling the apples and cooking apple sauce. 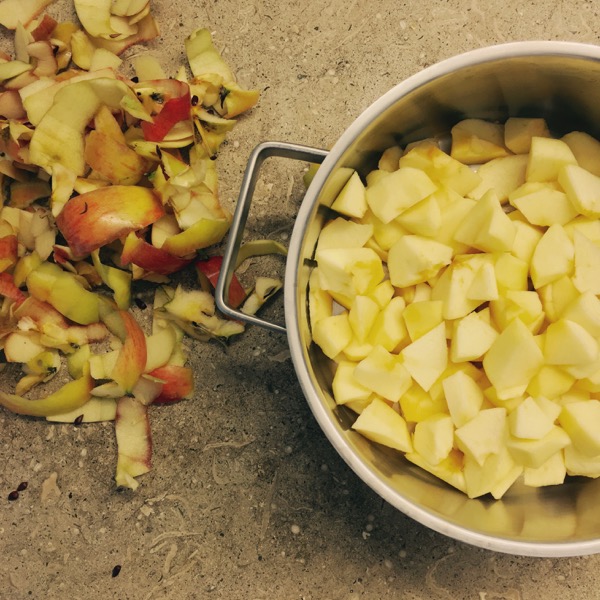 I quite dislike the word apple sauce, because it suggests that what you’re aiming for is a sauce. But as I see it, what you’re aiming for isn’t cooked quite that much. There should be bite-sized bits of apple that are still “al dente.” So the good news is that once you’re done peeling, making apple sauce is a matter of minutes. With these lovely apples, all I needed was a tiny bit of sugar, a sip of white wine, and the juice of one lemon. Voila, the first bit of the dish is done. Now the potatoes, little beauties that didn’t need peeling. 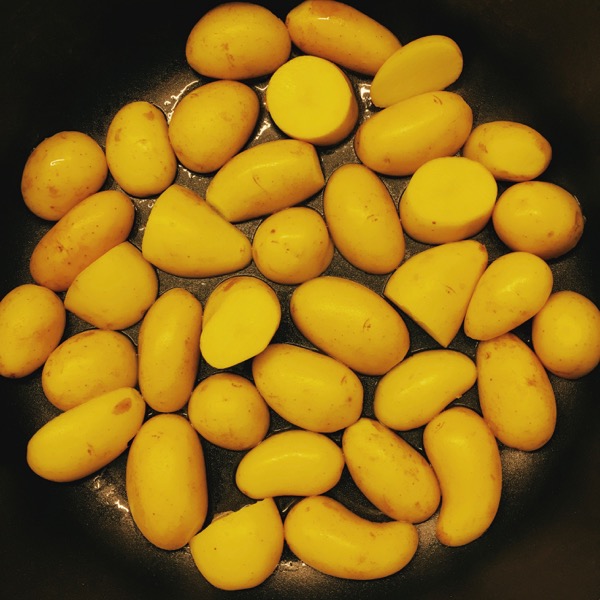 I placed them in a pan, letting them sear for a while, with the lid on and off. You don’t want them to burn, hence the lid. But you don’t want there to be too much moisture either, otherwise they’re not browning, hence the lid can’t be on the pot all the time. Again, the trick is that you resist stirring the pot until they are nicely roasted on one side. 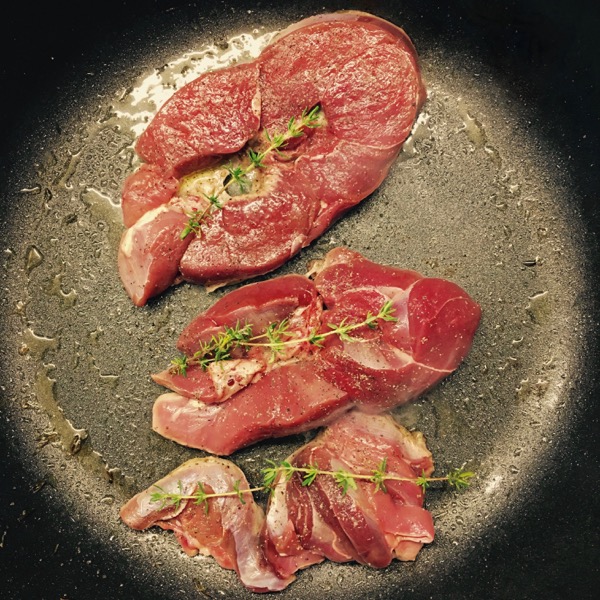 And now the venison. The meat looked so fresh and fine that I just put it in olive oil, with salt and pepper. I seared the steaks until browned a bit and then I let them sit in the pan while serving a tiny plate of salad.

Finally, all ingredients go on a plate, the cranberries on top of the venison. Hope you think it looks tasty! 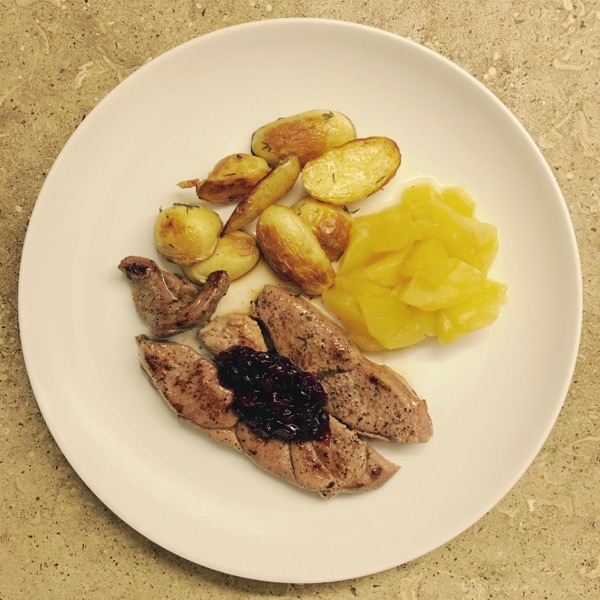