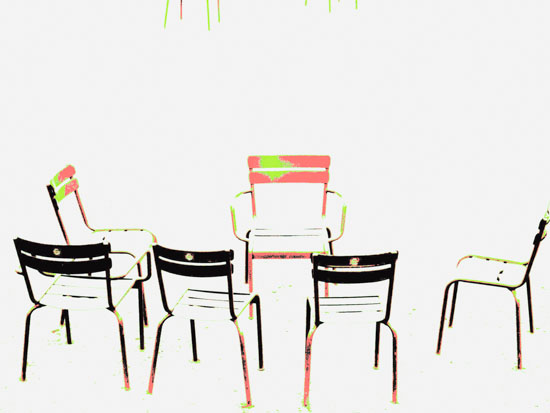 So I watched “Paris, je t’aime” last night, a two hour film consisting of 18 five-minute contributions by 22 directors. The short films range from brilliant (Coen brothers) to pretty bad. But no one gave a better reason for loving Paris than American actor Elijah Jordan Wood, at the very end of the extras on the American DVD. Wood on filming in Paris:

What was really fascinating — because I’ve never worked in Paris before — was how the workday carries on. I was really fascinated by the lunch hour, and sitting at lunch with food brought to you, with wine at the table, and it was so amazing. We don’t have that. It’s such a luxury. In the United States, when you stand up you go with your tray to the truck. Here, the food is served to you, and you have a baguette, and wine, and sparkling water, and, ahhh, amazing, with the espresso machine off to the side… It is so civilized, and wonderful! And then, the fact that the crew has to take a half an hour break, midway through the day, with beer, and wine, and pizza… It is so relaxed, and lovely, and I think makes for a much more relaxing process. So I’d love to come back to Paris and film here again. That’s a nice way to work.