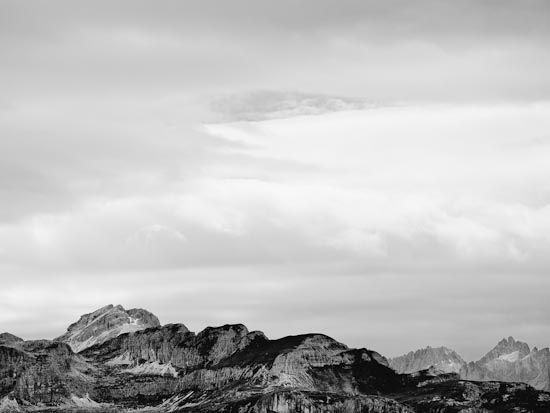 Back in the Dolomites, if only for a few days. The plan is to continue with my Mountain Project. I know what I’m looking for, and I won’t take many photos — I’ll just be looking for the few images that I have in mind as additions to the existing project. The above scene struck me as having a kind of “Moonrise, Hernandez, New Mexico” (1941) tonal range. Never mind that it was early in the afternoon. Usually I’m not after a lot of tonal range, unlike zone system master Ansel Adams. But I took a few frames anyway, and this one is likely to be part of the project. 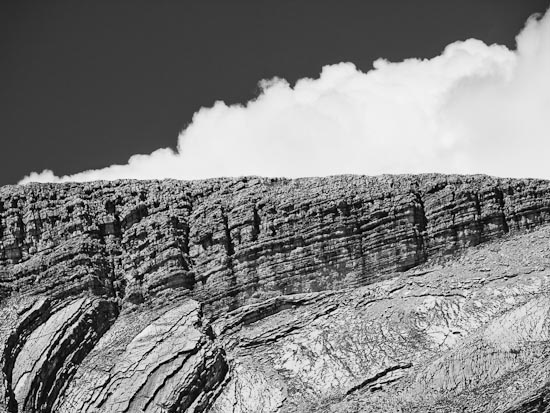 The second image is one of those I am looking for. Lucky, since this vista literally existed only for seconds. Had I been at any other spot in what was a two-mile stretch of rock, the image would not have worked. Otherwise, my mind is on the sketches I’ve been doing for a couple of months now. I’m going to post the sketches once I have a significant body of work, which may take a couple more weeks, perhaps a few months. But I like what I was told recently by someone who already saw what’s coming: that somehow the sketches inform the latest photographs.