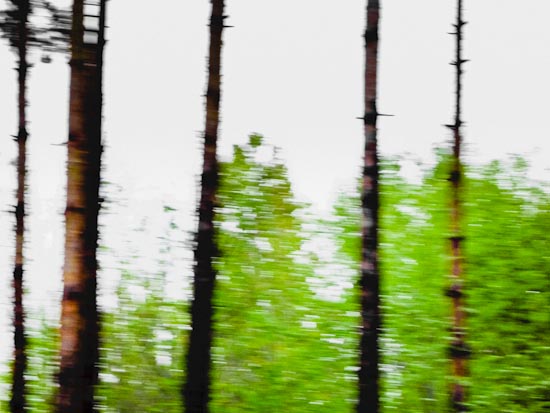 I decided to expand Walk In The Park, which originally began as a project about my perception of Central Park. Then came Paris. The Jardin du Luxembourg made it clear that, where ever in the world I am, I need a garden with its own spirit. This Parisian realization sheds new light on photos I made during several short trips to Munich, in a place that I find almost mystically beautiful. There’s a whole area stretching around one of Munich’s castles, the Schleissheimer Schloss, which has a peculiarly interesting atmosphere. A kind of forest lies between the city and the formal gardens of the castle, and there’s an airstrip nearby that has basically remained untouched since World War II. The forest doesn’t quite reach the confines of the courtly park. In between, there is an array of countryside walks that were planned by a 16th century aristocrat, who liked to wander the same path for prayer and meditation every day. He was a design genius: it is stunningly quiet and strangely special here. Anyway, this shall be the third part of Walk In The Park, after Central Park and Jardin du Luxembourg. I’ll post a first edit soon.