Today I went to Citarella, to store up on things that I might want to cook in the next couple of days or weeks, which promise to be super-busy. I love buying eggplant ravioli and gnocchi and throw them in my freezer. This is what I eat when I have zero time: a little bit of Pomi Strained Tomatoes, a hint of cream, a sip of white wine, and a leave of sage, mixed into a tolerably nice tomato sauce. You can take part of a Citarella portion of ravioli or gnocchi out of the container and leave the rest in the freezer. This is a meal made in 5 minutes, and it’s perfectly fine.

But I was prompted to send Jens this entry for a different reason. Some of the people at the meat counter at Citarella — the Upper West Side store — are just marvelous. They are the incarnation of people taking care and tending to meat. Sometimes, I make an Italian dish that I associate with a place where I ate it in its ideal form, Villa Tuscolana near Frascati, a few kilometers from Rome. 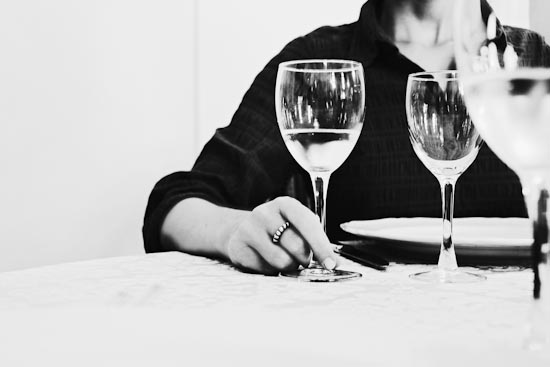 Villa Tuscolana is a beautiful hotel, which I found by accident. I had booked a couple of nights in another Frascati hotel, which turned out to be a nightmare (disco music until the early morning hours). My friends and I took off in our car the next morning, looking for something better, and we found the Villa Tuscolana. There we had very thin-cut beef over rucola, with olive oil and lemon. The absolutely perfect summer meat dish, fresh, hearty, and lovely; however, not easy to reproduce: the meat needs to be perfect. Today, when I asked the guy at the meat counter at Citarella’s whether he could cut one beef steak into several thin slices, he suggested that he could cut it into five slices! This is the spirit, I thought, and was thoroughly impressed. I said “four is enough,” and he cut see-through-thin layers of beef. I love this kind of craftsmanship. Five stars for Citarella *****.