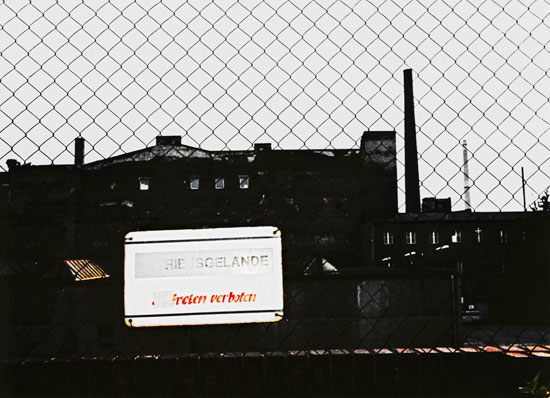 While I have no particular obsession with audio surveillance movies, let me recommend to you another one (after Francis Ford Coppola’s The Conversation): The Lives Of Others, by German writer and director Florian Henckel von Donnersmarck, on the Stasi monitoring of the cultural scene in the former “German Democratic Republic.” Von Donnersmarck talked in an interview (included on the DVD) about the visual challenge of making a movie that plays in the GDR, a place that, to the eye of the outsider, was unspeakably unappealing. “Drab” is the word he uses. Would anyone watch 2 hours 17 minutes of awful colors and depressing interiors? He spent a long time contemplating a color scheme that would remedy this, and transform the visual appearance of the GDR into something real yet beautiful. The approach he came up with: delete all reds and blues. It works wonderfully. The film feels more than real, and indeed, allows one to discover beauty where the Western eye is initially inclined to see none. The 2 hours and 17 minutes are intriguing and unusually captivating, because of the story, but also because of the overall feel: it is hard not to be touched by the lives and ambiguities depicted.

The film got a lot of praise, including the 2007 Academy Award for Best Foreign Language Film. For good reason I think – the script, the actors, the music, the color scheme make this a “Gesamtkunstwerk” like hardly any other movie I know.