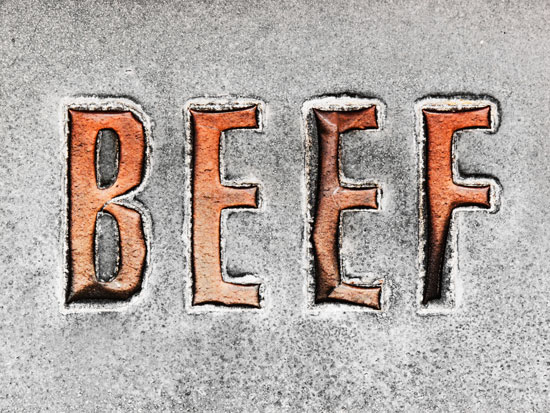 Does the world need “art critics?” If you go, for example, by the attempts of some of the self proclaimed photography experts in the blogosphere, the answer seems easy: “rather not.” But bear with me. What about the paid pros in academia? Here is a little experiment:

I am a great fan of Francis Ford Coppola’s movie The Conversation, a story driven by an increasingly paranoid surveillance expert named Harry Caul (played by Gene Hackman). The American DVD includes running commentaries both by Coppola and by the supervising editor and sound designer, Walter Murch. So, if you are serious about this, you can watch the movie three times––without comments, with Coppola’s, and with Murch’s. (To avoid domestic crises or a major depression, you may consider not doing this in one day.)

Coppola’s inspiration to write The Conversation was Michelangelo Antonioni’s Blowup. Both movies are crime stories. Antonioni’s protagonist tries to solve the visual riddle he is confronted with via blow-ups of an accidental photograph of a murder scene. Coppola’s hero, on the other hand, obsessively tinkers with three synchronized audio surveillance tapes.

The Blowup-DVD includes a version with spoken comments as well: this time, understandably and somewhat unfortunately, not by the director, but by a rather well known art critic. True to his trade, he offers endless proof that the theories he or his profession have come up with are all justified and well reflected in the movie. He introduces you to the entire lingo, and presses every scene, every angle, every cut, into the resulting worldview. Just one little problem remains: does all this have anything to do with the movie? If you are not inclined to drink the Film Studies Kool-Aid, your answer most likely will be “no.”

(Another hypothesis. The world of art and the world of art criticism are two separate universes, with no overlap. Some like to make art and to think about it. Others like to reflect on the times, and create their own works of art: their theories. If that’s right, then no wonder that I’m not getting anything out of the people in the other universe.)

Back to my comparison. Coppola makes no attempts at categorization. Instead, he speaks, in an unpretentious and intellectually refreshing way, about the choices in telling his story. He does this as an artist and craftsman––coming up with ideas, dismissing them, trying another angle, and sometimes seizing on lucky coincidences, such as the typo in the script that lead to the name of the main character. Murch (Coppola had to start with Godfather II right after filming The Conversation, which left much of the editing work to Murch) is perhaps even better in this respect: no nonsense, but full of imagination. He thought about every frame in the movie, and in ways that are actually interesting to hear about.