Thanks to everyone who wrote to me about Watership Down?clearly, the movie has devoted fans! And someone pointed out that it doesn’t only reference Genesis and Homer, but also Darwin. Witness how the animals are already around before they grow their survival tools?teeth and claws and so on. Point taken. 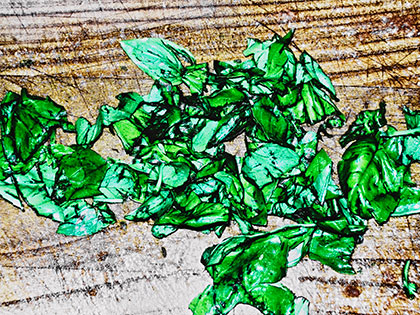 Anyway, someone else asked me what I think, by comparison, of Ratatouille, the Pixar movie about a little rat who aspires to be a chef. Doesn’t like to eat rotten left-overs from the trash. Loves beautifully prepared and sophisticated food. Just not what a rat should be like. So the rat must leave friends and family. Off to an haute-cuisine restaurant in Paris. She gets her shot at fame by assuming the role of ‘little chef’ for a complete ignoramus. As ‘little chef’ the rat sits under his hat, and directs the cooking by pulling his hair. Overcoming of numerous obstacles. Then finally: the ultimate underdog made it. The rat is famous, the new restaurant aptly called Ratatouille.

Given my role as amateur chef and food critic, and now, newly revealed, my weakness for little animals and kids movies, I’m of course most happy to recommend Ratatouille. I watched it twice on flights between the US and Europe. A most moving experience, because on these flights I’m caught in a vulnerable state of mind: in transit between my two homes, I’m pondering whether I will ever make it in New York City.

But as an artist, I must say I prefer Watership Down. I don’t particularly like the drawings in Ratatouille. And not because rats are somehow less lovely than rabbits. The drawings in Ratatouille don’t aim for beauty, and I love beauty. And then, I also feel that there is something cheap about the way the underdog motif hits me. The moral of the story is a little too obvious. Work hard, and even if you are the most despised being on earth, you will make it. Doesn’t strike me as all that true. But anyway, as a cook at heart I can’t say I didn’t like Ratatouille.