I have this guilty feeling that I’m spending a little too much thought on where to go next, once I’m through with Manhattan. But at least I know that I don’t have to spend much *time* with such questions: There’s nothing that a quick search on Google Maps, Flickr and YouTube won’t reveal in just a few minutes (how long does it take to get from the UCLA campus to LAX? The train ride from Zurich to Bern? It’s all there). 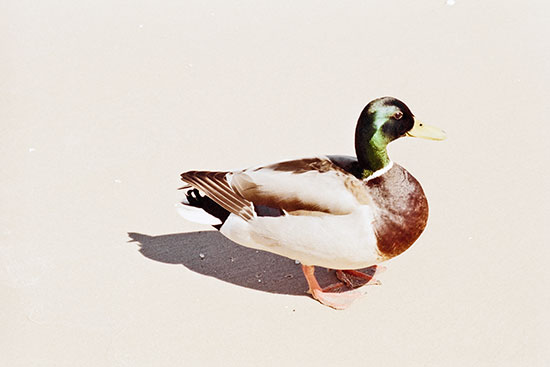 Doing some research last night, I came across a piece in the LA Weekly that seems a little obsessive though. I am someone who likes to take long walks, and near UCLA campus (so Google tells me) that’s to be done in the Los Angeles National Cemetery. Apparently, other people’s research is less confined by their immediate needs. This from the author “Falling James” (you can read the entire piece here):

“[…] It’s important to find a graveyard that feels like home. Certainly, it would be exciting to be buried among celebrities and other historic people […]. Picking the right place to get lost for an eternity requires some soulful window-shopping. I like to sleep in cemeteries overnight to get a feel for a place, to get used to the idea of death and to see how I’ll get along with the current residents. It’s not much different from testing out a new bed by lying down on a mattress in a furniture store […].

I used to like to wander around the Los Angeles National Cemetery because it was a calm, quiet oasis of orderly green safely hidden by tall trees from the surrounding hubbub of the nearby office buildings and Wilshire Boulevard’s endless parade of traffic. […] The National Cemetery looked peaceful and innocent like a golf course, but it wasn’t a restful place to sleep or dream […].

Similarly, I’ve always thought that Forest Lawn–type cemeteries are too big and impersonal, too much like a Costco for the dead […] My favorite resting place would be Woodlawn Memorial Cemetery in Santa Monica. That cemetery has personality, with graves dating back to the 19th century amid a pleasant clutter of tombs, many topped with mournful angels and other elaborately sentient sculptures. It’s a lovely site, and most nights you can catch a salty whiff of the Pacific Ocean just down the street. Woodlawn is the kind of cemetery where the spirits are friendly and every ghost already knows your name. It’s a great place to hang out — if only you didn’t have to die to get in.”