I think I owe you an update on my raw-converter comparison from earlier this year. Back then, I gave some reasons why I used DPP for Canon files quite often, especially for black and white. Well, I’m done with DPP and have entirely switched to “Adobe Photoshop Lightroom”. Two reasons: 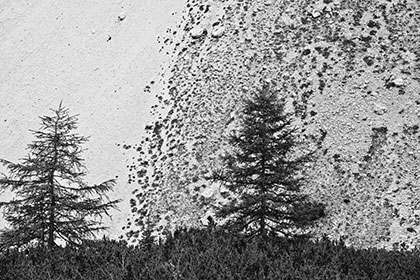 1. Canon makes pretty good cameras, but when it comes to software… DPP, in one of its earlier versions, had a conversion bug that rendered raw files down to 8 bit internally, but then exported them as 16 bit files. The resulting problem was not easy to find. But if you did apply “Auto Levels” in Photoshop after the raw conversion, you saw the infamous combed histogram. Back then (in 2006), the online community took notice, and Canon fixed the bug in an update.

Fast forward to the early summer of 2007. Canon updates their largely bug-free DPP to version 3.0.1. I download the update, do some color conversions, things look alright. I am traveling, and since there are no apparent problems I overwrite the applications folder on my backup disk with the newer version of DPP. Then, in a remote village in the Dolomites, I start working on my black and white Mountain Project again and want to convert the latest images. Surprise, surprise: The 8 bit bug is back. Sorry, but life is too short for this. Instead of looking for the older version of DPP on the web, I drop it altogether. (Canon has recently come out with DPP 3.0.2, and the bug is not fixed.)

2. Fortunately, Lightroom has become even better than it was when I did my comparison a couple of months ago. In version 1.1 you can now enhance local contrast quite effectively, sharpening is vastly improved, and so is the overall quality of the files. This is particularly true for black and white conversions, which now are as good or even better than conversions made with DPP (DPP without the 8 bit bug that is). There is still some blotchiness in high ISO files, but I know what to do about that in Photoshop. All in all, I don’t see any reason left to deal with DPP’s clunky interface and lack of features, let alone the bugs. For non-Canon files, especially for JPEGs from digicams (which I use more and more), there’s really no alternative to Lightroom at this point anyway. 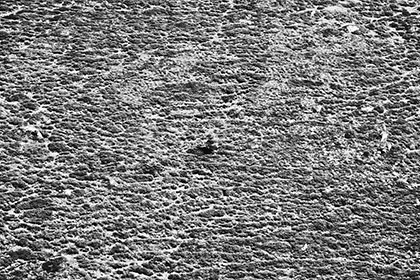 Since I don’t like not having alternatives, my hope is that Apple’s Aperture catches up soon. Rumors are that Aperture is currently being rewritten from the ground up. But I have a different theory: Adobe and Apple may have decided not to put any more resources in competing products, simply because they already have decided to merge at some point down the road. Adobe and Macromedia of course did the same thing before their merger happened, after users had been scratching their heads for years why excellent applications suddenly were developed in a very lackluster fashion, or axed altogether, resulting in two neat product portfolios from the two companies with hardly any overlap.