Are you just cleaning out your fridge to leave for several weeks? Off to board a plane to Italy? Of course! As you should. In my last contribution to Jens’ blog, I was somewhat cautious regarding the culinary virtues of some parts of the Mediterranean. And here’s more – more words of caution (and a recommendation for those who love ravioli). Now it is still time to rethink your route, in the eternal search for places that have not been entirely ruined by tourism. (You, of course, are not a tourist. You *live* in the various places you go to!) 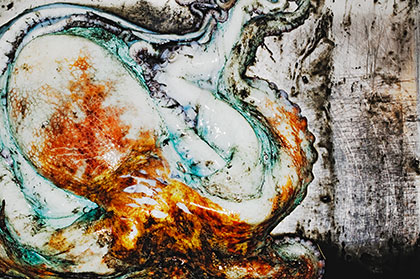 But in case you are a little bit of a tourist anyway (perhaps some of my much valued and highly appreciated readers actually are Americans!), then here are my overdue warnings: Do not go to Venice, Florence, or Rome. This may sound shocking and entirely unwelcome. Are not these the places with all the great museums and the amazing atmosphere? Yes and no. If you find a week in the year that is neither high-season nor mid-season nor completely dead (with literally every café closed, like Venice in January, more on that in a minute), then you’re a genius and should be awarded a prize for mastering the high art of traveling. If not, then these are the places where you can be sure to be hated, deeply and efficiently. If you put yourself into the shoes of the actual inhabitants of these cities for just one minute, it will be obvious why hatred and masterful exploitation is the only possible response open to them.

The sad thing about this is that these cities, in theory, are amazingly beautiful. In fact, however, they are entirely spoilt. Let me record my latest attempt at outwitting this dilemma, a failure of the most miserable kind. I decided that, no matter how many tourists, Venice was still one of the loveliest places on earth. So I rented an apartment for all of January, thinking naively that it might be romantic to be there in the middle of winter. The apartment was actually quite beautiful. And I did like the little stores nearby. But the experience as a whole was a nightmare. It turned out that, by now, the city lives so much by tourism, that, in January (that is, after the brief spike of tourism for New Year’s Eve and prior to the Carnevale in February), basically everything was dead. With tourism subtracted, hardly anything was left! Countless stores geared up for Carnevale—with all the ridiculously stupid masks that tourists seem to buy no end. Cafés were closed for redecoration, so as to survive the next onslaught of the masses. You got an undisguised view of the industry which tourism is, and the ruins it leaves behind. 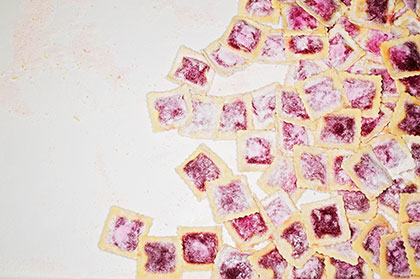 The one thing I loved, however, was a tiny store that sells fresh pasta in Via Garibaldi. It belongs to the Via Garibaldi market, but it’s in an actual house, to the right hand when you begin your stroll through the market (which has great fish, fruit, and vegetables – you don’t want to pay the prices at the Rialto markets!). I bought fresh ravioli there every other day, so much did I like it. However, you’ll have to give up on the New York idea that ravioli could be bought one day and eaten the next. Having gotten used to this American way of dealing with fresh pasta I made the grave mistake to ask them, on a Saturday, whether they had any kind that could be eaten on Sunday. No! (Was I a tourist after all, even though I spoke Italian and had happily bought intricate varieties of pasta in the last couple of weeks?) On Sundays you’ll have to eat gnocchi.

Coming up: Back In Mother’s Kitchen