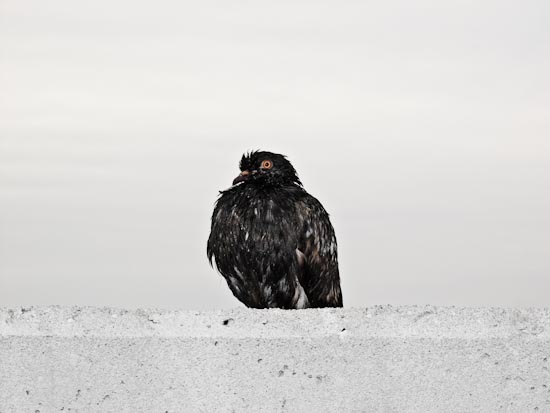 As the numbering of my earlier entry indicated, I owe you further installments of my report from the Ethics class that I audited at Columbia University. At the end of the semester, we spent a week reading some chapters from The View from Nowhere by Thomas Nagel, my favorite author in philosophy.

Yes, even the theme of this blog – Notes From Nowhere – is a reference. That’s not because I prefer reading philosophy to, say, having Frigor Noir chocolate with red wine from Sicily, and/or watching TV all day. And it’s not because The View from Nowhere explores the monumental distinction between a subjective and an objective point of view. No, it’s because the man (who is still around, having fun) can write.

“One summer more than ten years ago, when I taught at Princeton, a large spider appeared in the urinal of the men’s room in 1879 Hall, a building that houses the Philosophy Department. […] Sometimes he was caught, tumbled and drenched by the flushing torrent. He didn’t seem to like it […] The urinal must have been used more than a hundred times a day, and always it was the same desperate scramble to get out of the way. His life seemed miserable and exhausting. Gradually our encounters began to oppress me…”

Who could deny that it’s the fate of a spider living in the urinal of Princeton’s Philosophy Department that will tell us what we want to know about birth, death, and the meaning of life? To me, it’s probably the most promising intro I ever read. Highly recommended to read on, here.