Now and then I test other cameras that might replace what I currently work with. Canon has always brought home the bacon for me since I bought the Canon 1Ds in late 2002 (which I later replaced with a 20d and a 5D). But there are some things about their products that I have come to hate: Canon, with very few exceptions, doesn’t make very good *small* lenses, and their larger, professional lenses are at times somewhat overambitious (widest f-stop too wide, zoom range too large, etc.). Thus the lenses get heavy, big, and less than perfect in terms of optics. This is particularly true in the range that matters most for me, 35 to 100 mm (the 35L is optically very good but too big for what I do, the 50 mm Macro hopelessly outdated and fragile, etc.). When oh when Mr. Canon can we buy a 2.0/35 mm L, or a 2.5/70 mm L Macro? Yes, I know: Never.

The alternatives to Canon? Nikon has been very successful recently, but I don’t like their “old-style” interface and their legacy lens mount. Admittedly I am some sort of a purist: At times, I think, one has to start from scratch. Nikon has decided to make their mount as compatible as possible to older lenses, thus layering several redundant lens mount elements on top of each other. And as if that were not enough, Nikon partially encrypts the raw files of all their DSLRs, which makes them a complete no go for me. Then there is the Leica M, which I seem to have used forever. But Leica’s first attempt to come up with a digital M has, in my view, gone very wrong. The many problems are mostly related to the Kodak sensor Leica used in the Leica M 8, and of course to the fact that the Leica M mount is not a good choice for digital in the first place (the loyalty displayed by the Leica devotees during the ordeal, however, has been unfailing…). 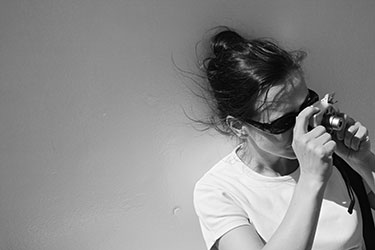 Enter Olympus and their 4/3 system. Olympus makes very fine, small lenses. The system, overall, is quite compact. So I got myself the new E-410 earlier this week (I have a history of snatching the very earliest sample of a new camera, no matter where it is sold…) and put it through its paces. First and foremost, I was interested in the quality of the new sensor which is made by Panasonic. I was going to give the camera a try even though software support for its proprietary Raw files at this point is meager, to say the least. I took the same image of a building in bright sunlight with the Olympus E-410, the Canon 5D and the 20D at identical settings (f8, ISO 200, 100 mm equivalent field of view), and made linear Raw to Tiff conversions from the resulting files (most reviews compare camera JPGs, or Adobe Raw conversions in default mode – neither makes sense to me, because that just results in a test of the camera’s JPG engine or of Adobe’s ability to deal with the Raw file in default mode, but not of the sensor quality itself).

The 5D file covered the widest contrast range, closely followed by the 20d, followed by the E-410. Increased dynamic range is of course desirable for post processing. The detail to be found in 5D file was quite stunning (no news here), but it is a known fact that the 20d gets very close to the 5D at focal lengths over 50 mm (in that regard, I’d be equally happy with both). The Olympus file came out quite a bit “fluffier”, showing less detail and lower microcontrast than both Canon cameras. But at least there is a considerable improvement compared to earlier Olympus cameras. Finally, the issue of “noise”: At ISO 100 and with good light there’s not that much of a difference between the 5D and the 20D. The Olympus file insofar reminded me of my venerable Canon 1Ds at low ISOs – acceptable levels of noise if well exposed, but far from stellar. On the other hand, back in 2002 I payed USD 7.500,- for the Canon, while the E-410 is now available for 699,-. And outside “linear raw”, and with skilled noise reduction applied, the differences between these cameras should not be relevant at ISO 200 and below. Above ISO 400, the 5D is in an entirely different league though.

Bottom line: The Olympus goes back to the store. That’s too bad because, apart from the file quality, I loved it. The Olympus interface is very well designed, and the camera tiny, inconspicuous, and well made (except for the CF-card slot which probably should be renamed to CF-card rejector). Some don’t like the smaller finders of 4/3 cameras, but this one is bright and crisp, and does not have the greenish cast of the Canon 5D finder. Also, to keep things in perspective, this test consisted entirely of on-screen comparisons – I’d be confident to print up to 16 x 20 inches from the Olympus files, and even larger with some additional Photoshop work and the right Plugins. Finally, the 5D currently is about four times more expensive than the Olympus, which makes the comparison somewhat unfair. The Canon lenses required for the 5D only widen this price gap. Anyway, for *my purposes*, I’ll stay with Canon for now and keep hoping, in vain of course, that they seriously re-think their lens strategy – or that Olympus uses a further improved sensor in their upcoming pro camera.